What Is A Phantom Skull? 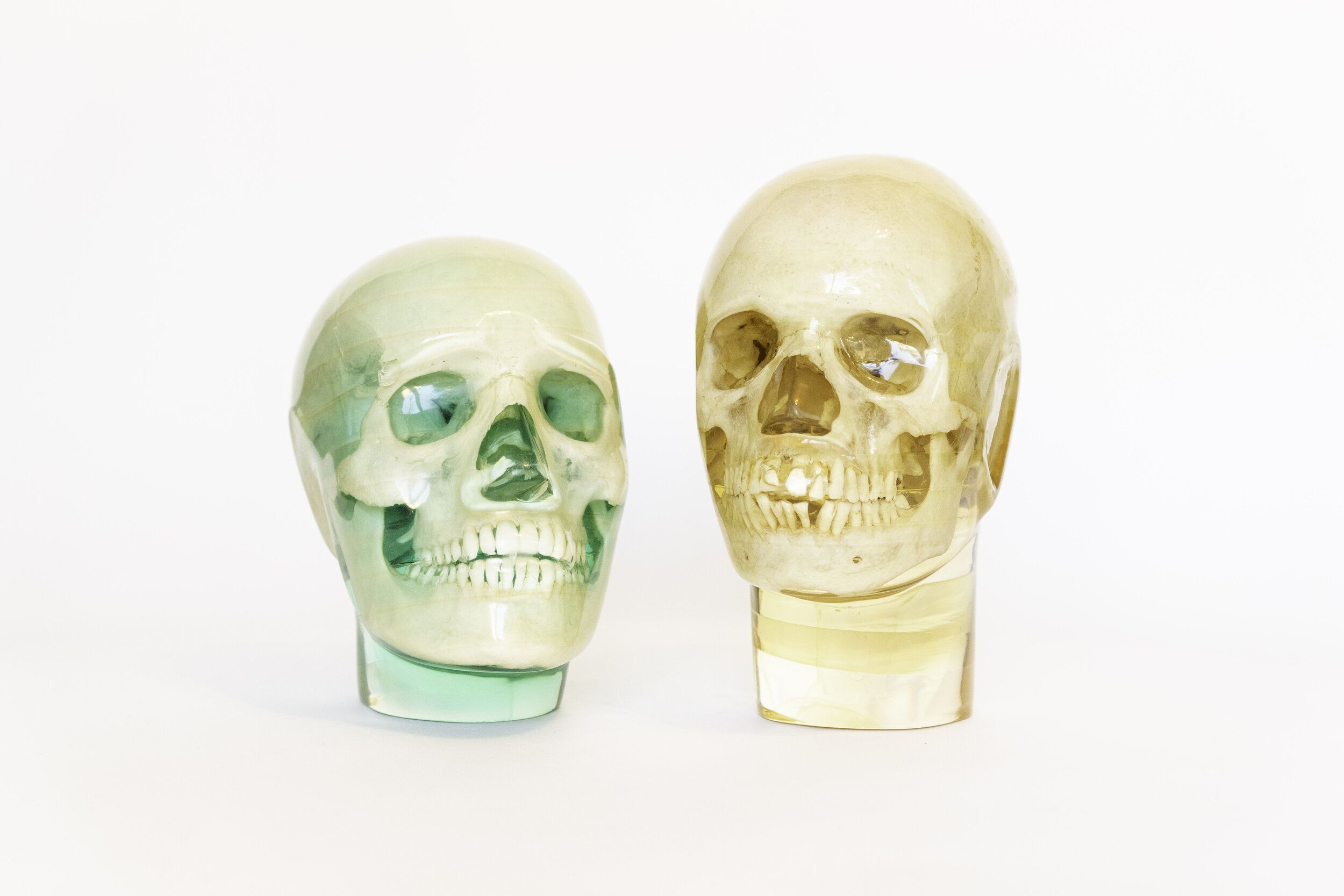 When our phantom skulls made their first appearance on our TikTok @Jonsbones, it was a huge hit, with many of our followers questioning what it was. To an outsider of the human osteology community, these pieces are alluring and mysterious. At first glance it can be mistaken as a fake skull encased in jelly solutions for decorative purposes, but that is far from what this piece actually is. Phantom skulls were an extremely helpful tool used in radiology! X-ray technicians used these translucent human heads to test and calibrate X-ray machines, and they were also suitable for CT, MRI, and Ultrasound testing.

Phantom skulls are made by using a real medical human skull and occasionally with cervical vertebrae still attached. It was then encased in a patent material called Lucite which is a resistant resin that creates a transparent tissue-like shadow over the skull. From our research, most of these pieces were produced by the medical equipment company 3M, which is still in operation today. 3M produced the majority of these pieces, with some competition from smaller medical companies producing their own models. We can determine the manufacturer was 3M due to the translucent manufacturer labels placed at the base of the phantom skull among the rest of the resin pour. Due to anatomical variation, each individual skull would have a unique head cast for its proportions, and then a mold was created to place the skull amongst the resin. At the time, resin pouring had to be done in several stages with a two-part mold to prevent combustion from the resulting endothermic reaction of the material. The clear resin would be poured in multiple layers, which can be seen when observing the skulls up close. Once this long process of casting and drying was over, it was then perfect for radiology testing.

Many of these pieces would come in custom cases for transportation, along with other radiology calibration tools. While many of the skulls on the market now feature a yellowish tinge, they were originally crystal clear. This is due to the effect of UV rays on the resin, which causes discoloration over time. Most of these pieces are over 30 years old, meaning they have been exposed to that much UV-damage.  But due to the more recent advancements in medical technology, phantom skulls are not commonly produced anymore with genuine human bone. Now synthetic bone replacement is used to imitate genuine bone.

All of these pieces helped to train many medical professionals, and for that we owe them a great debt. These pieces in our collection may not be in current use anymore, but their place in medical history is invaluable. We plan to keep them in our showroom to educate about the history of the medical bone trade. If you would like to sign up for a tour of our showroom and see these pieces in person, please click here. 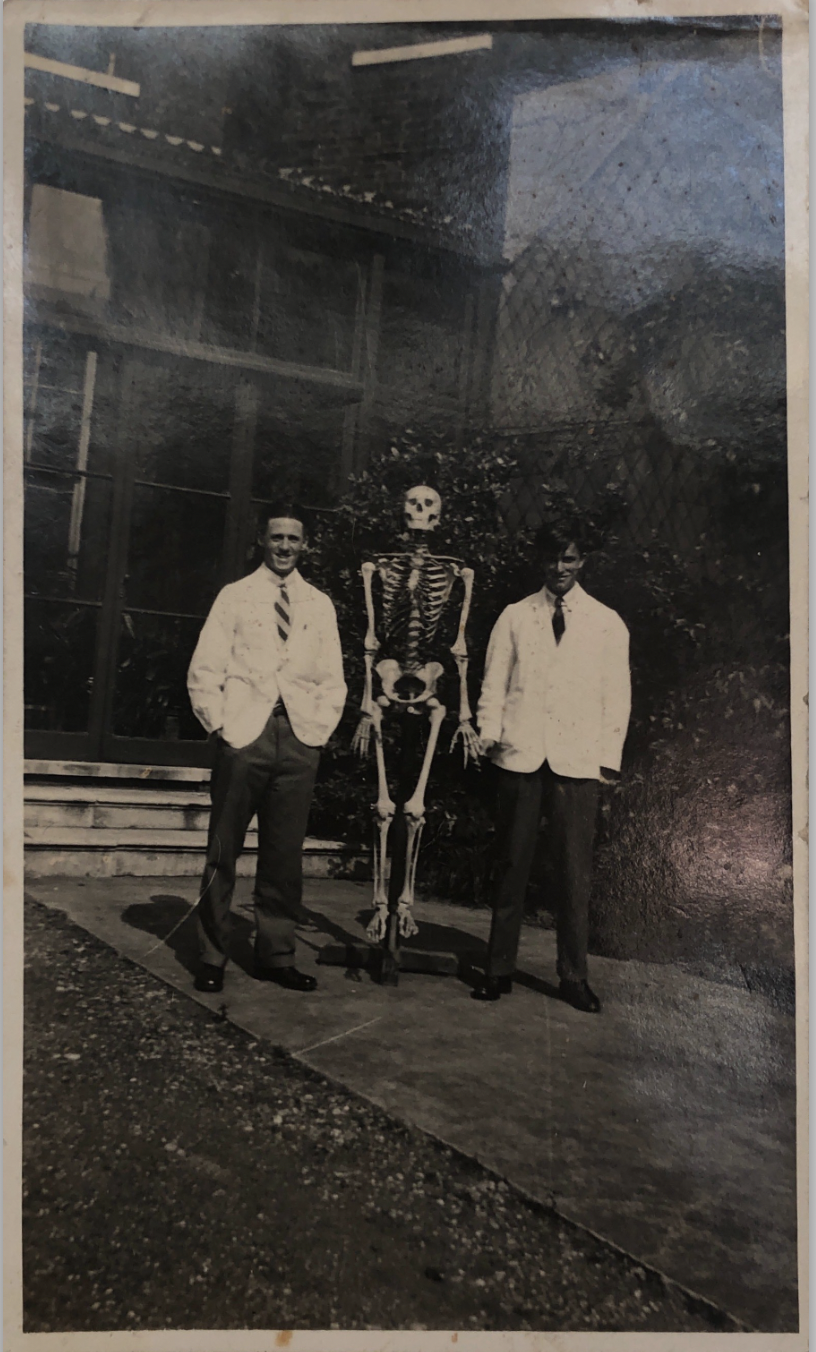